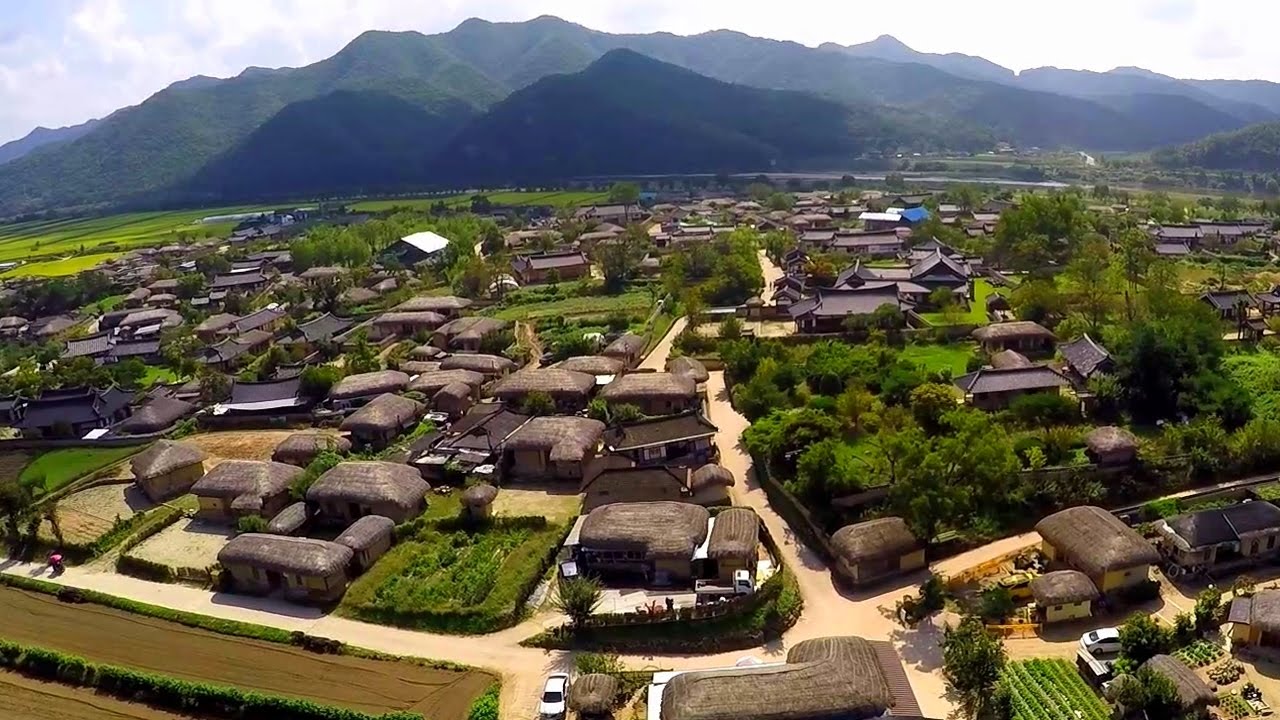 Hahoe Village is home to descendants of the Ryu clan of Pungsan and is well-known for its traditional houses. Birthplace of renowned scholars of the Joseon Period such as Gyeomam Ryu Un-ryong and Seoae Ryu Seong-ryong, the village became even more famous after Queen Elizabeth of England visited on April 21, 1999.

Hahoe Village (translating to “Village Enveloped by Water”) gets its name from Nakdong River, which flows around the town’s perimeter. The village is located at the foothills of Hwasan Mountain, an offshoot of Taebaek Mountain that rises up to the east. The center of the village is populated by large tile-roofed houses belonging to the Ryu clan, adding their own unique charm to the surrounding thatched roofs.

Hahoe Village, along with Yangdong Village in Gyeongju, was added to the UNESCO World Heritage List under the category of “Historic Villages in Korea” on July 31, 2010.